The weaponization of the Syrian refugee crisis

Turkey has devised a clever, yet cynical, plan to try forcing the EU's hand on the Syrian refugee crisis. But Turkish leaders may be overestimating their leverage over the EU, while the EU is underestimating its own capabilities to manage the crisis. And Russia gets a “vote”, too. 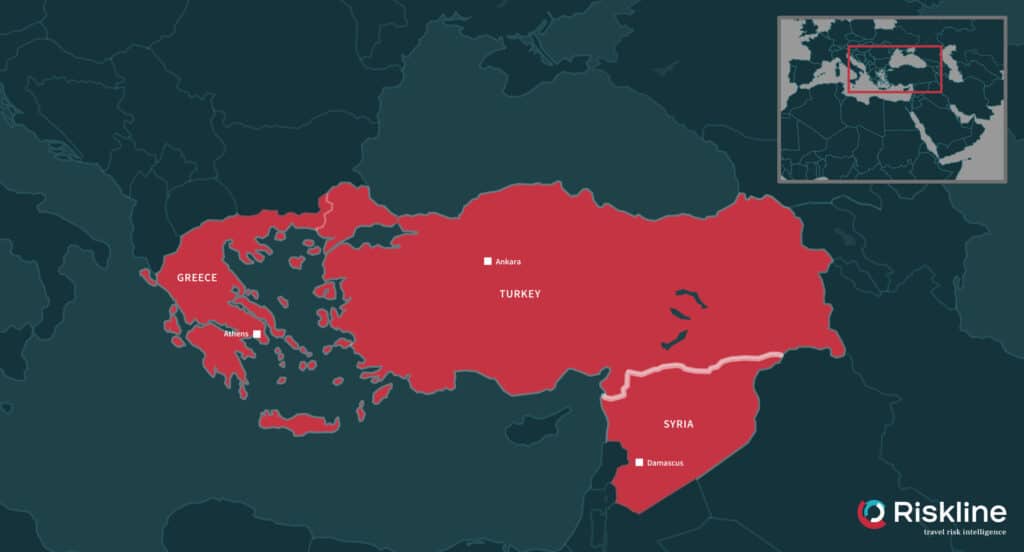 On 28 February, Turkey declared that the humanitarian situation in northern Syria, where some 900,000 people have been displaced over the past year, compelled it to open its borders to refugees hoping to leave for Europe.

But, despite citing the humanitarian crisis on the Turkey-Syria border, Turkey did not open those crossings. Instead, some 30,000 refugees already in Turkey were allowed to attempt to leave Turkish territory unmolested, on foot and via fortuitously available buses and trains, to camp out in the no-man’s-land between Kastanies, Greece, and Pazarkule, Turkey, or sail out into the North Aegean Sea for Lesbos and other Greek islands, where widespread unrest has erupted over the crisis. In contrast, refugees who have attempted to cross the Syrian frontier are still being stopped and turned back with lethal force by Turkish border guards. And, also unlike the Syrian frontier, Turkey has not completely censored the harrowing images and video coming out of the European frontier, ensuring that the visuals of tear gas volleys and soaked and crying children are reaching European viewers.

The EU has let Turkey weaponize the refugees against it through its collective political paralysis and inaction on northern Syria’s humanitarian crisis; it has outsourced these affairs to Turkey, which no longer accepts the terms. And this has given Turkey the leverage to use 3.5 million refugees living in Turkey, and hundreds of thousands more waiting for salvation on the Syrian frontier, to demand the EU’s support in dictating peace terms that will extend Turkish sovereignty into northern Syria, permanently. But while Turkey believes it has correctly gambled that the EU fears the refugees more than a confrontation with Russia in Syria, it is not clear the EU accepts this calculus.

This latest episode in the refugee crisis was actually precipitated by an airstrike, attributed to the Syrian Air Force, that killed 33 Turkish soldiers in Syria on 27 February. Those soldiers were deployed there as part of a years-long effort to drive out Islamist militants and crush the Syrian Kurds who have turned much of northeastern Syria into their own statelet, Rojava, during the Syrian Civil War. Turkey regards the Kurdish national project in the Middle East as a great threat to its long-term security and is only willing to accept the restoration of Bashar al-Assad’s rule over Syria if the Syrian Kurds are excluded from any political settlement; Turkey even plans to carry out population transfers to remove Syrian Kurds from Rojava once the war ends. This fixation, however, has blinded Turkey to the disparities between what it can achieve and what is possible in northwestern Syria, where most of the 900,000 refugees are concentrated in Idlib and Aleppo governorates, fleeing a Syrian government offensive backed by Russian air power to retake the rebellious region. Turkey’s military response following the airstrike was to flood the skies over northern Syria with drones and shell Syrian positions, killing and wounding over 2,000 regime troops. But while the Turkish military can easily wreak havoc against the Syrian Army to the point that it cannot continue this offensive in the near-term, Turkish forces cannot openly confront the Russian air power backing the Syrian Army.

In violating the spirit, if not quite the letter, of the 2016 EU-Turkey migrant deal to retain and repatriate refugees in exchange for financial support, Turkey is signalling it will open its borders for longer and longer periods of time unless it receives security guarantees in northern Syria. By this logic, the EU will have to “blink” to avoid a repeat of the 2015-2016 refugee crisis.

Turkey does not play this trump card from a position of true strength, however. Turkey has been stopped short of claiming full victory over the Syrian Kurdish People’s Protection Units (YPG) despite launching at least three major offensives since 2016 due to the intervention of Syrian and Russian forces. Northern Syria has, since the most recent of those offensives began in October 2019, witnessed a major uptick in deadly clashes as Russian-backed Syrian forces work to push the Turkish military out. These confrontations resulted in the 27 February airstrike and subsequent escalation by Turkey. Any appeal to the United States (US) for US-made air defenses to directly deter the Russian Air Force is unlikely to go anywhere. Not only is the US unwilling to commit its forces in northern Syria, Turkey cannot trigger a NATO intervention under Article 5 of the NATO charter as none of the fighting has taken place on Turkish soil. The “refugee card” is the card of last resort short of attacking Russian forces.

Turkey does not want to directly confront Russia, both out of a desire to avoid a major escalation and in order to continue balancing Russia against NATO to force them both to compete for Turkish favour. Russia, too, does not wish to seriously antagonise Turkey and drive it back into a tighter embrace of NATO, so is willing to stand aside, temporarily, as the Turks degrade the Syrian Army’s capabilities. (For its part, the Syrian Army has no say in the matter; it cannot effectively fight any opponent without Russian aid.)

Turkish leaders seek to compel the EU into providing support but the EU is not inclined to give it. While an extended stalemate will harm Bulgaria and Greece, the two EU members who share a border with Turkey, other members who do not share that border will not be similarly inconvenienced. It is unlikely either country will open their borders by choice, nor will other countries further north. The EU leadership collectively believes that changes to border controls and asylum law since the 2015-2016 crisis will be sufficient to manage the situation.

This would not be the case if Turkey fully opened up the Syrian frontier, even though the decision to open the border with Syria is not without risk to Turkey itself. Hundreds of thousands of people would immediately cross over, and while most would seek entry to the EU, many would remain in Turkey, something the Turkish government does not want. The mass movement of that many vulnerable people into, instead of out of, Turkey all at once would be nearly impossible to manage. For Russia, in fact, such a move would benefit it greatly in hastening the reconquest of northern Syria and further dividing the EU over the refugee issue. But if the EU does not actually take action to deter Russia and support Turkey now while the number of people trying to leave is in the low thousands, then Turkey may decide to open the border to millions and instead salvage its relationship with Russia to manage post-war Syria. For the refugees, displaced by Syria and Russia, cynically used by Turkey and left to the elements by the EU, which does not want them either, it is yet another tragedy with no end in sight.