The rise of vehicle-ramming attacks in Europe

After the Stockholm attack, the latest vehicle-ramming attacks are indicative of things to come in Europe. 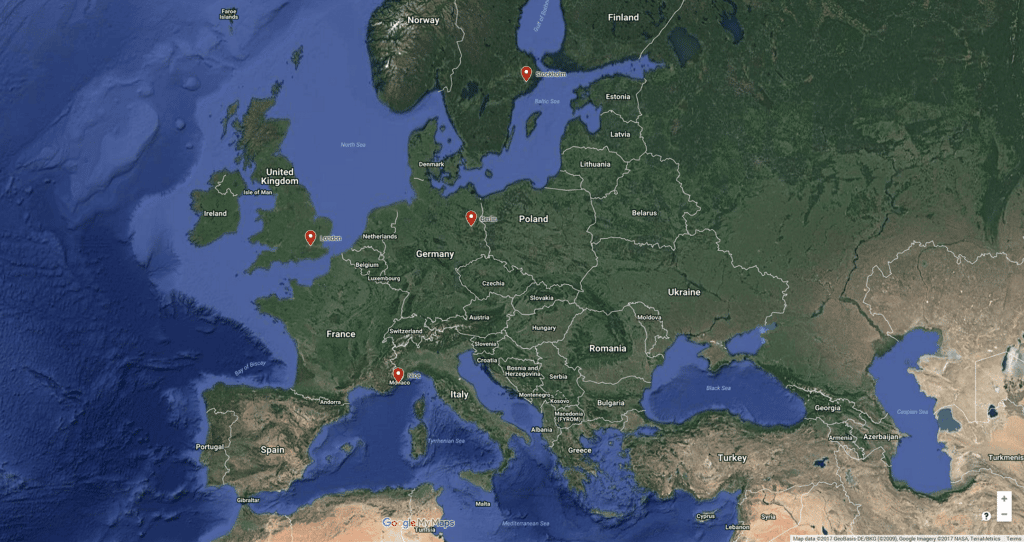 On 7 April 2017, a rejected asylum-seeker from Uzbekistan driving a hijacked lorry rammed through pedestrians along Drottninggatan in central Stockholm before crashing into the facade of a nearby shopping mall, killing four people. On 14 July 2016, a Tunisian resident of France deliberately drove a rented 19-tonne cargo truck into a crowd celebrating Bastille Day on the Promenade des Anglais in Nice. In the 267 days that separate these two incidents, some 107 people lost their lives and hundreds of others were injured in vehicle-ramming attacks across Europe. Is this a sign of things to come in the region? And if so, what brought about this worrying trend and what can authorities do about it?

The United States Department of Homeland Security describes a vehicle-ramming attack as one in which a perpetrator deliberately rams a modified or unmodified motor vehicle into crowds, buildings or other vehicles. This style of attack for a lone-wolf terrorist is by no means a new modus operandi; in the Middle East, and in particular in Israel and the West Bank, dozens of such deadly incidents have been recorded in the past decade. Vehicle ramming attacks give individuals with limited access to explosives, weapons and other technical know-how a means to carry out their plan. A financial backer or organisation is unnecessary and the planning stage can run from as little as several hours to days. The process of renting a vehicle, even large lorries, is relatively straight-forward in many places. Likewise, selecting and observing a target – usually very busy public places – is unlikely to draw the scrutiny of authorities. The simplicity of this form of terrorism is what makes it attractive to a potential attacker.

This simplicity, and the corresponding difficulty of preventing such assaults, makes vehicle-ramming an increasingly effective form of attack for would-be terrorists, for in its immediate aftermath officials have implemented nationwide states of emergency, raised threat assessment levels, deployed additional security personnel, enforced stricter border controls, increased surveillance, and arrested dozens of suspects. While authorities across the continent have taken concrete steps to mitigate the risk of vehicle-ramming attacks, it may be impossible to completely prevent a determined perpetrator. Dubbed as “anti-ramming landscape features”, the use of physical barriers – both temporary and permanent – are now more common. Urban planners have also now begun to take such barriers into consideration in design schemes. However, all these things are unlikely to prevent a determined attacker.

The motivation for the most recent incidents appears to be connected to the ongoing influx of refugees and asylum-seekers to Europe, with an estimated one million migrants and refugees arrived in Europe in 2015. Nearly half of the asylum applications received, however, were rejected. Meanwhile, local governments are running low on space to accommodate refugees, who are often housed together in cramped quarters, school gyms or makeshift buildings. Resentment is brewing, amongst the asylum seeking population, other minorities not fully integrated within the rest of Western society as well as the far-right populists – all at least partially fueled by the eurozone’s economic woes. The connection one can draw between the migrant crisis and the wave of attacks in Europe is not opaque. The blowback has begun.

In the end terrorism is a human problem, not a technical, mechanical nor a physical one, and the lone-wolf attack difficult to predict. Vehicle-ramming, like other lone-wolf attacks, are difficult to prevent, and physical safety measures can only go so far in reducing the risk. The impossibility of completely separating vehicle traffic from pedestrians and public areas increases the likelihood that this trend will continue to propagate in Europe. Overarching knee-jerk reactions by government officials may have an immediate, albeit limited, effect on the problem; however, the re-introduction of any style of ‘Fortress Europe’ is unlikely to be successful in the long-term. Instead security forces and governments must keenly adapt their practices to this trend of vehicle-ramming, and continue to anticipate changes in tactics in the future.