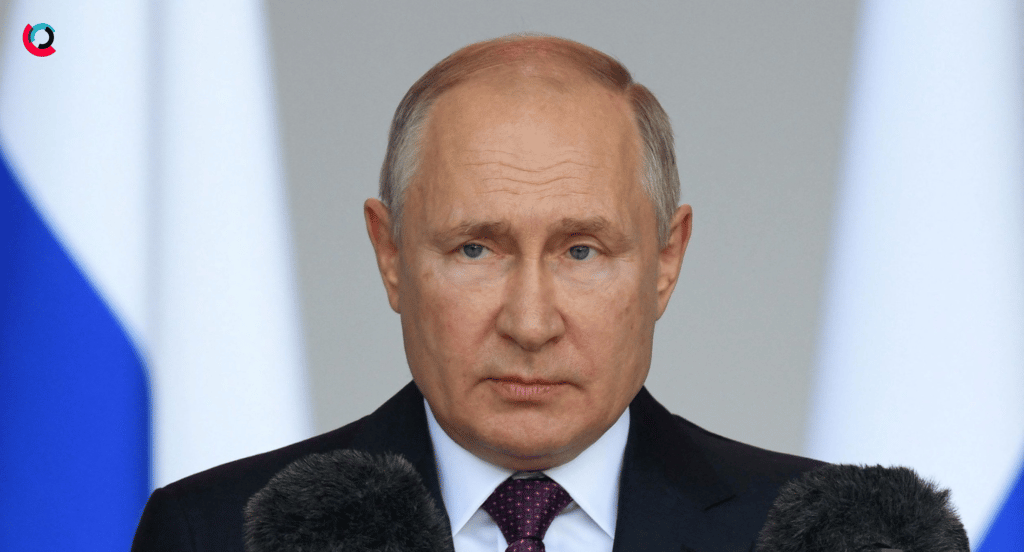 President Putin puts Westerners on the spot in Ukraine

Almost seven months after Russia’s invasion of Ukraine on 24 February 2022, a major milestone was reached on 21 September when Vladimir Putin announced that he had signed a decree for the partial military mobilisation of 300,000 reservists while once again issuing a thinly veiled threat to use nuclear weapons.

Forced to retreat on multiple fronts in Ukraine and weakened internationally, the Russian government has opted for escalation. The decision of the pro-Russian authorities occupying parts of the Ukrainian regions of Luhansk, Donetsk, Zaporizhia and Kherson to organise “independence referendums” on 23-27 September seems to have been precipitated by the fear of further Russian defeats since these staged annexation votes were originally postponed in the spring so that they could be held on the fully “liberated” territories.

President Putin is thus putting Ukraine and the Western countries that support it on the spot since Moscow will be able to present the use of tactical nuclear weapons to defend these territories as legitimate under the heading of “territorial integrity” and hold that the parts still governed by Ukraine are now “illegally occupied” territories of Russia. The fact that almost no other countries will recognise such a declaration, including many of Russia’s allies, will not deter President Putin.

Ukrainian forces’ exceptional skill and unprecedented international support, with over US$85 billion in military aid plus extensive intelligence and planning support from NATO, have borne fruit. Russian forces had to give up on taking the capital, Kyiv, in the spring, then were forced to withdraw from the Kharkiv region in the fall.

The direct consequence of these bitter military setbacks is the apparent weakening of President Putin domestically, who is facing internal criticism for mismanaging the military from Russian ultranationalists, who blame him for the inability to achieve promised victory in Ukraine.

Externally, Russia’s traditional position as referee for territorial disputes in the post-Soviet space has been weakened, in the face of border clashes between Tajikistan and Kyrgyzstan, the Armenian-Azerbaijan conflict over Nagorno-Karabakh and Kazakhstan putting distance between it and Russia despite President Putin ordering peacekeeping forces to help the Kazakh government quash anti-government riots in January.

President Putin is likely betting on the collapse of unity among the Western powers over the winter. If this were to happen, Ukraine would lose the support of some of its Western allies, who would refuse the risks of a direct and potentially nuclear conflict with Russia and would be pushed by them to the negotiating table. Fortunately for the Western powers, the threat of Russian energy blackmail has been reduced by stockpiling of natural gas ahead of the winter months and conservation efforts.

President Putin certainly fears that his own grip on power would be broken by the failure of his military adventure. But it is difficult to predict the effects of the mobilisation. Will it lead to an upsurge of popular support and resolve manpower problems at the front or will it be a factor in losing popular support and further battlefield crises? Preparing these recruits will take several months, at least, and sending in poorly trained soldiers piecemeal is likely to result in precipitous retreats.

As for the threat of a nuclear weapon, it could certainly enable Putin to counter the ambitions of Ukrainian forces, but it could also contribute to China, which already takes a dim view of a conflict, dropping its support for Russia diplomatically. It would also likely compel the United States (US) to take even further action in support of Ukraine, due to the unprecedented use of such weapons. So far, the nuclear threat has not deterred Ukrainian or NATO officials, at least publicly, from reaffirming their commitments.

At the recent Shanghai Cooperation Organisation’s summit, some countries – Turkey and India, in particular – pressured Moscow to seek an end to the conflict. There is a great risk that Russia will alienate its allies with its headlong rush.

But it is not clear that they will be able to exert enough influence with threats and half-measures to avoid full mobilisation and further escalation in 2023 should the latest gambit fail to halt the Ukrainian counter-offensives and NATO weapons deliveries to Kyiv.