President vs Parliament in Tunisia

Tunisia has entered a democratic interregnum since 25 July, with neither a "traditional" coup having taken place nor a fully functioning system of checks and balances remaining. In the next month, the future contours of the Tunisian state will emerge, with the President needing to appoint a new government, restore public confidence in state institutions and take urgent action to tackle both COVID-19 and the deteriorating economic situation. 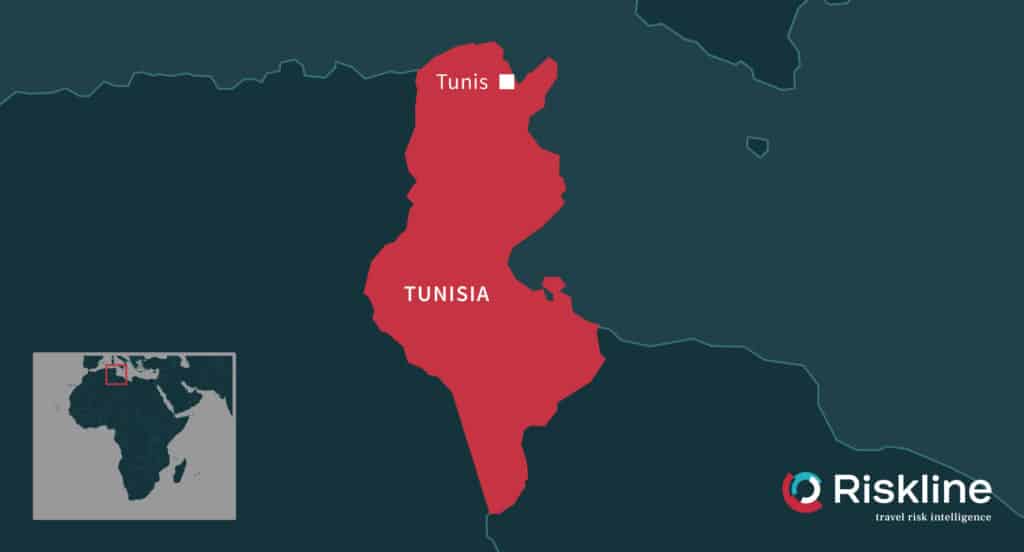 On 25 July, Republic Day in Tunisia, anti-government protesters clashed with police in Tunis and ransacked the offices of the Islamist Ennahda Movement, the largest political party in Parliament, in the capital and five other cities. Less than 24 hours later, President Kais Saied suspended Parliament for 30 days and imposed a nationwide curfew.

Far from being a rapid response to a sudden outbreak of violent unrest, however, the present crisis has been a long time coming, exacerbated by the COVID-19 pandemic and years of growing dissatisfaction with the post-Arab Spring political order and economy. In an ironic echo of the 2013 military coup in Egypt, Tunisian police raided and shut down Al Jazeera’s Tunis office, the same week that the channel reopened its Cairo bureau after being banned in Egypt during the 2013 coup there.

While denouncing the events in Tunisia as a coup, leaders of Ennahda and other political parties have asked supporters to refrain from holding mass protests, lest a violent security response prompt draconian restrictions, as happened in Egypt in 2013. Egypt’s descent into military rule after the elected Muslim Brotherhood government was bloodily deposed by the army, acting in the name of an anti-government protest movement, is never far from the minds of any political party in the region. However, in contrast to Egypt, the Tunisian military plays only a limited role in domestic politics. It was also unclear just how many people would come out to protest the President, given the decline in support for parliamentary politics in general among the general public. Far larger crowds came out to celebrate Parliament’s suspension overnight on 25-26 July than protest it the next morning.

Partisan political manoeuvring since the death of the country’s first democratically-elected president, Beji Caid Essebsi, in July 2019, led to an election that October which has produced odd coalitions plagued by backbiting since. Omnipresent corruption scandals, stalled prosecutions and a general amnesty for the pre-Arab Spring bureaucracy all predated the COVID-19 pandemic and all eroded support for Parliament as an institution, as promises of reform were dashed against the rocks of coalition horse-trading. Unsurprisingly, parliamentarians are frequently derided as mere “lobbyists” by critics.

President Saied’s move to strip legislators of parliamentary immunity and prosecute corruption without fear, favour or prejudice has proven very popular, despite the potential for abuse. Laws permitting the detention of activists, bloggers and lawmakers on the books since before the Arab Spring allow the government latitude in prosecutions. And President’s Saied’s assumption of parliamentary and judicial powers means that both his opponents and allies must tread lightly. A constitutional lawyer by training with no constitutional court to answer to – the body having been proposed in 2014 and never actually seated – promises to make examples of certain legislators, regardless of party affiliation. (He was nicknamed both “RoboCop” and “Robespierre” on the campaign trail in 2019.)

That these laws have remained on the books ten years after the fall of the old regime is indicative. A snap poll conducted in the wake of Parliament’s suspension showed a supermajority of more than 80 percent of respondents agreed with President Saied’s actions. But prior polls taken during the 2019 elections showed that the vast majority of voters prefer to keep the parliamentary system that replaced the Ben Ali dictatorship. At the same time, though, these polls showed that voters regarded that system as incomplete and unresponsive.

The Republic Day riots were preceded by weeks of protests over police brutality, crime, lack of healthcare and economic conditions. The COVID-19 pandemic has killed approximately 21,000 people, put tens of thousands more out of work and crushed the tourism sector, which had only just begun to recover since the 2015 terror attacks. Even before the pandemic, hundreds of thousands were already out of work, with the extremely limited relief provided by the government further souring public opinion about the direction of the country.

A national dialogue is underway, with the most optimistic hopes that it will prompt constitutional reforms to make the system, stymied by disputes among the Speaker of Parliament, Prime Minister and President who all share power under the present system, more stable. Tunisia has cycled through at least 13 different governments in a decade. With a 30-day deadline for President Saied to present a new government, the country’s trade unions, civil society organisations and political parties are treading lightly, mindful that there are no real checks on his powers at this time with Parliament suspended. That quiescence is unlikely to hold should that deadline come and go, as President Saied himself has hinted since.