President Jair Bolsonaro's COVID-19 response – or the lack thereof – has prompted mass demonstrations across Brazil, amid an impeachment inquiry and criminal investigation against the president. 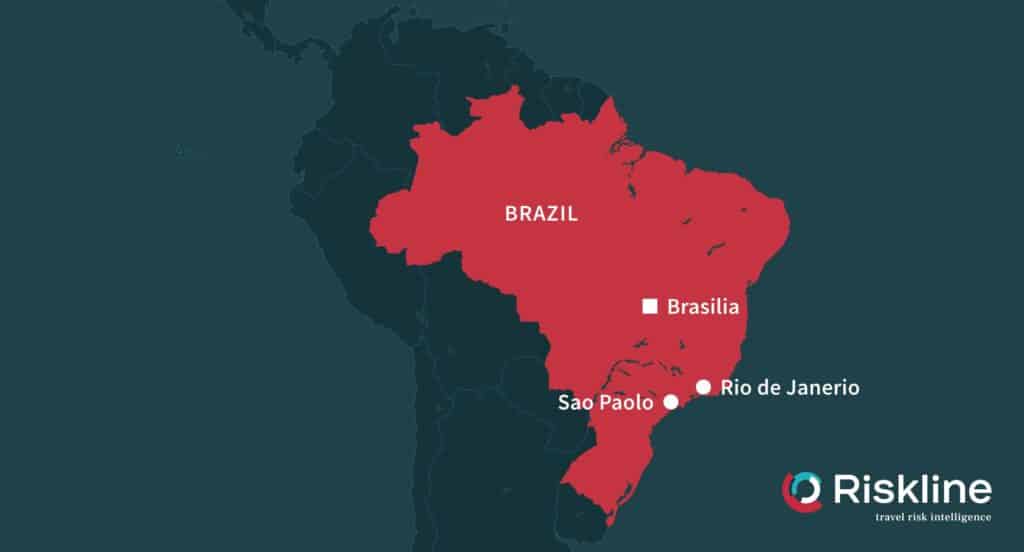 Brazil – the continent’s hotspot for the pandemic – has seen the COVID-19 fatality and hospitalisation rates gradually decreasing, following a devastating year that left over 550,000 Brazilians dead and nearly 15 percent of the population unemployed. The improvement is partially thanks to the long-awaited vaccination rollout, although only around a fifth of the population has been fully vaccinated against COVID-19, as of late July.

Many blame far-right President Jair Bolsonaro for the disastrous health crisis. Increasingly diverse groups have held at least four massive demonstrations across the country since May to oust President Bolsonaro, whose approval ratings are at all-time low. A televised Senate probe into the pandemic mismanagement has implicated several senior officials in bribery accusations involving COVID-19 vaccine contracts. While it is unlikely that the Senate inquiry will lead to the impeachment of President Bolsonaro, the Supreme Court has authorised a criminal investigation against him for overlooking irregularities and overcharging in the vaccine procurement.

The impeachment of Bolsonaro seems ever more unlikely after his recent loose alliance with the ‘Centrão’ (“great centre”) block as demonstrated by the nomination of Ciro Nogueira from the ruling centre-right Progressives (PP) party as the head of the Civil House to coordinate the members of the Government. Another ‘Centrão’ figure, the president of the Chamber of Deputies, Arthur Lira (PP), has refused to look at impeachment requests ranging from recent corruption allegations regarding the vaccine procurement to “health genocide” over the handling of COVID-19, to avoid an economic downturn. Bolsonaro has also defended his anti-lockdown rhetoric on the same grounds.

Even the Workers’ Party (PT) seems uneager to see Bolsonaro impeached so as not to lose an “easy” rival in the October 2022 presidential election. Although the candidates are yet to be announced, former President Lula da Silva (PT) has been leading opinion polls with a hefty lead ahead of Bolsonaro. Lula’s political resurrection since his release from prison after a corruption charge was thrown out by a higher court presents a serious threat to Bolsonaro in 2022, as Lula presents himself as a stable hand at the till against an increasingly erratic incumbent.

Meanwhile, opposition groups have called for a break in mass protests, to gain strength ahead of nationwide demonstrations set to be held on 7 September, Brazil’s Independence Day. Despite the challenges to the impeachment of Bolsonaro, these protests may well gain traction as people across the political spectrum mourn their loved ones deceased due to the pandemic. At the same time, however, strong pro-Bolsonaro feeling continues to manifest itself in the form of counter-demonstrations whose participants embrace his conspiracy theorizing about the pandemic and promises of retribution against health officials and others who support lockdowns.

Despite the improving situation, with over 15,000 new infections and 500 fatalities reported daily, the pandemic is not over for Brazil. The country is in a race to get its population vaccinated before more contagious and potentially vaccine-resistant variants strike harder, to avoid any additional pressure on the healthcare system. But as state and municipal authorities are relaxing restrictions, many Brazilians are prematurely abandoning social distancing measures. While the economy may not be able to afford a total lockdown, it is also clear that voters are less and less willing to accept how President Bolsonaro continues to place politics over the lives of his citizens.