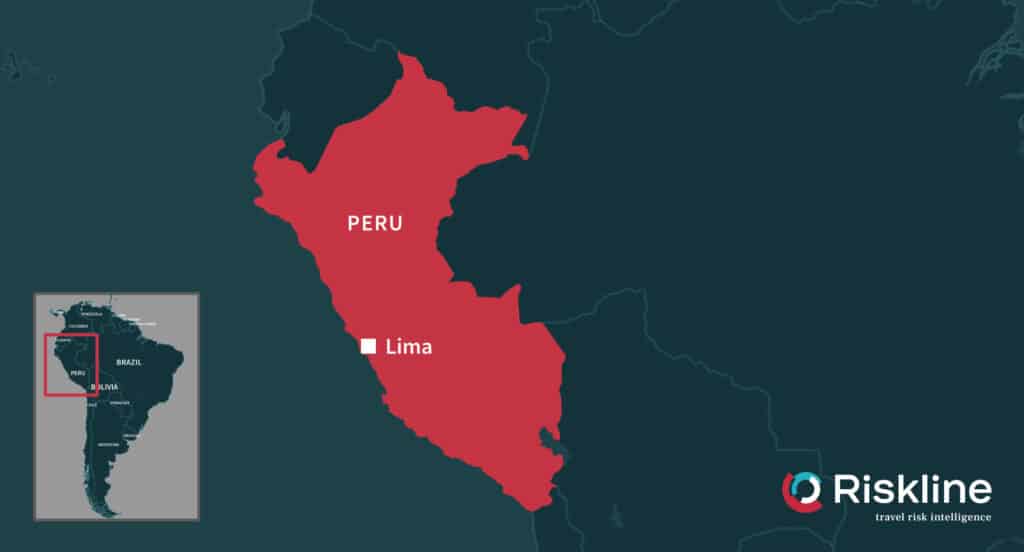 A viral video opens with a montage of Peruvian presidents, one after another felled by scandal, before a dozen grasping hands reach at once for the vacant presidential sash. Set to the comedically inappropriate progressive pop song “Mr. Blue Sky,” a motley crew of candidates slaughter one another in a free-for-all until only two remain standing, an angry woman in a prison jumpsuit, and a silent, square-jawed man wearing a palm leaf straw hat, who, despite appearing out of nowhere at the last second, is somehow holding the sash.

The man in the hat is Pedro Castillo, a schoolteacher who cut his teeth during a 2017 teachers’ strike but has never held public office, took a commanding 19 percent of the first round of voting in Peru’s 2021 presidential election on 11 April, rising from obscurity on the ticket of the socialist Free Peru party. In second place, with 13 percent of the vote, is the female former prisoner, Keiko Fujimori, daughter of former dictator Alberto Fujimori and leader of the right-wing Popular Force party. The two will face off on 6 June in an election already drawing apocalyptic warnings from both camps if the other triumphs.

Ms Fujimori, former First Lady and congresswoman, is scion of a divisive political dynasty and a consummate political insider. Mr Castillo, who has never held public office, has called for a new constituent assembly that would revise the 1993 “Fujimorismo” constitution and permit the nationalisation of mining and energy concerns. Hailing from the Cajamarca region and a long line of farmers who first obtained legal ownership of the land they cultivated during the left-wing 1968-1975 “Peruvian Revolution,” Mr Castillo grew up in grinding poverty. He has seen the region’s fortunes sink even further due to a sharp drop in mining output from the COVID-19 pandemic and the economic cost of lockdowns that have not been matched by successful public health efforts which would better bring the virus’s spread under control.

In the months before the 11 April vote, massive street protests erupted in November 2020 over the ascension of a far-right government following the impeachment of then-president Martín Vizcarra, whose successor soon resigned in the face of public outcry, to be replaced by a technocratic caretaker government. On the heels of these protests, however, came “Vacunagate.” It was revealed that hundreds of top officials obtained vaccines early and outside normal channels, and Mr Vizcarra, whose anti-corruption bonafides brought people into the streets not so long ago, was among these officials. As a result, he has been banned from holding public office for 10 years. To Mr Castillo’s supporters, including trade unionists, farmers and the peasant self-defense militia he once served in, these events demonstrated all that has gone wrong with the country’s politics in recent years.

The COVID-19 pandemic has had a brutal economic, and psychological, impact on Peruvians. Deadly medical shortages, lockdown fatigue and secret mass burials of virus victims have proven to be deeply, psychically scarring experiences. Mr Castillo says that the near-collapse of rural schools, unable to function in the present Zoom-connected economy, drove him into politics. Not even two percent of the population is fully vaccinated as of this writing, and the wider region is locking down again due to the wildfire spread of a new COVID-19 variant from Brazil.

The pandemic’s impact, rapid turnover of Peru’s governing coalitions since 2017, low turnout and lack of trust in institutions – coupled with the extreme polarisation generated by Mr Castillo and Ms Fujimori themselves – means that the breakdown of the final 6 June vote is difficult to predict. Longtime liberal icon Mario Vargas Llosa, who unsuccessfully ran for president against the elder Fujimori, has endorsed his daughter as “the lesser of two evils.” Some right-wing commentators, meanwhile, have begrudgingly acknowledged the appeal of Castillo’s rural populism and social conservatism, issues that they themselves are now unable to exploit effectively.

That Mr Castillo would espouse “right-wing” views on LGBT issues, abortion and immigration – he proposes deporting all undocumented immigrants who are convicted of crimes – while also expressing support for socialist leaders such as the late Hugo Chavez, exiled Rafael Correa and deposed Evo Morales, is not surprising. Deeply Catholic himself, Mr Castillo demonstrates that social conservatism and socialist economics easily go hand in hand – in Cuba, Ecuador, Nicaragua, Venezuela and Mexico, among other countries in the region.

At the same time, what few national polls have been conducted have Mr Castillo winning rural voters by large margins and doing well in all urban centres other than Lima. Ms Fujimori has a much higher profile than her opponent, a political neophyte, which is both a liability and a strength for her. Over 41 percent of voters have expressed their strong preference for Mr Castillo while approximately 21 percent of all voters plan to deliver a protest vote on 6 June, voiding their ballots. If followed through, this will harm Ms Fujimori’s prospects much more than Mr Castillo’s because the combined pool of her supporters and all still-undecided voters, at 36 percent, is smaller than his 41 percent.

Despite her unpopularity, Ms Fujimori is better positioned to bring other parties into a grand coalition with her if she wins, while Mr Castillo’s current left-wing coalition does not even amount to one-third of Congress. Absent ruling by decree, which would probably result in impeachment, he would have to make herculean gains to secure a majority of left-wing parties, or failing that, dissolve the legislature, which would prompt a constitutional crisis. So if Mr Castillo wins, he will be hobbled by a hostile business community and legislative opposition. If Ms Fujimori wins, she will be dogged by liberals and progressives who held their nose and cast their ballots for her despite her past record. The general sentiment among most voters appears to be that no matter who wins, they lose, as mass unemployment (seven million) and mass death (57,000 and counting) from the pandemic will defy even the most skilled political operator’s capacity to meet head on.