No electricity, no petrol, no gas, no medicine, no water, no bread – Lebanon’s man-made collapse

Headlines have used the word ‘collapse’ in association with Lebanon for over a year now. At 18:07 local time on 4 August 2020, the capital, Beirut, was decimated, with hundreds killed and thousands wounded by the third largest non-nuclear explosion in history at the Port of Beirut. After 4 August, many asked, how could things get worse? 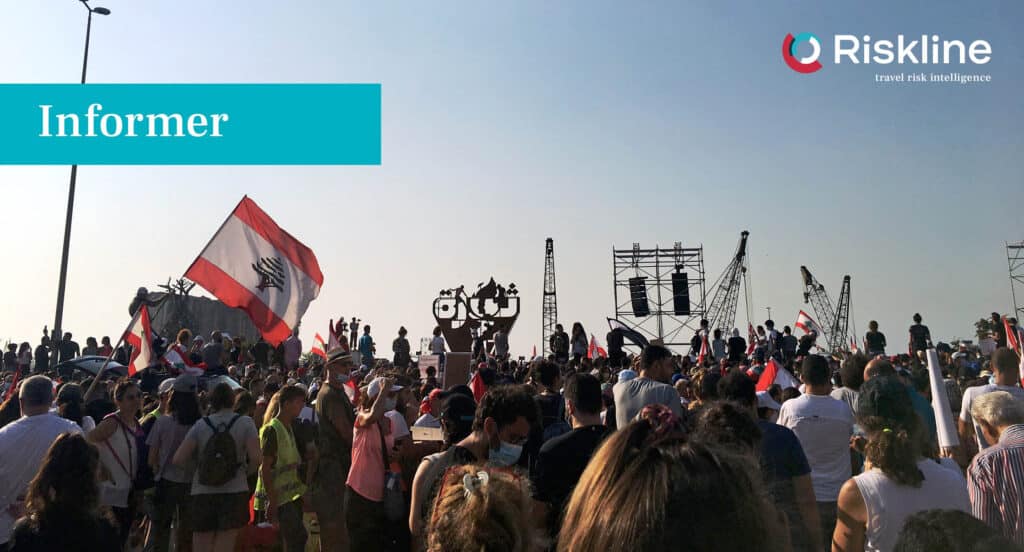 One year later, electricity is scarce and petrol for vehicles and diesel for generators has vanished almost entirely due to rampant smuggling, hoarding and black marketeering. Even gas for cooking, bottling of drinking water and bread production has ceased to be available as major companies have lost the ability to run machinery due to lack of diesel to run their generators. The economy is almost wholly reliant on these generators. The state electricity company, Electricite du Liban (EDL), has not been able to provide a continuous 24 hours of electricity even since the 1970s. A generator syndicate sprung up to fill in the electricity deficit and, because in 2021 EDL now provides as little as 30 minutes per day of electricity, the majority of the population, private, public and commercial, is dependent on generators.

It is also important to acknowledge the immense devaluation of the Lebanese Lira (LL) which has dropped from 1,500 LL to the United States Dollar (USD) in October 2019 to 25,000 LL to 1 USD. Banks have literally sealed their doors, announcing that the majority of the country’s deposits are inaccessible for individual depositors. In addition, foreign currency reserves held by banks, the only currency accepted to import goods, have run out, necessitating the lifting of state subsidies on essential imported products: petrol, diesel, pharmaceuticals and wheat included.

How is the Lebanese government responding to this collapse of basic services? The last acting Prime Minister, Hassan Diab, resigned six days after the 4 August 2020 explosion, and has been followed by several ineffective prime minister designates who have all, thus far, failed to form a new government. Protests and roadblocks have become a daily occurence, and are dispersed violently by the security forces as well as the hired guns and partisan brawlers recruited by political parties. The spectacle of Beirut Blast survivors, victims’ families and even emergency workers who responded to the catastrophe being tear gassed and beaten has shocked observers, but not produced real changes. More and more highly educated young people and their families leave the country daily, and the city is no longer the attractive place it once was for international interests looking for a base of operations in the Middle East with easy access to Europe and the Gulf states. (International mediation and foreign aid have also not materialised since the 4 August disaster.)

Although low foreign currency reserves have forced the Central Bank to gradually lift subsidies on pharmaceutical products, bread, fuel and diesel, the last nail in the coffin which has left the country in almost total darkness, was the latest proposed lifting of the subsidy on petrol and diesel. Lifting the subsidy is a catch-22: if lifted, the majority of the population will not be able to afford to fill up their vehicles, triggering a high likelihood of major civil unrest .(Bearing in mind that shootouts at petrol stations have become the norm, even before the proposed lifting of the subsidy.) On the other hand, maintaining the subsidies whilst the LL continues to fall has led to the majority of fuel station owners and diesel suppliers hoarding their stocks, thereby creating an extreme but superficial shortage of petrol for vehicles and diesel to run back-up generators. These shortages do not only affect private drivers and homes run on generators, they affect every business and public service, including internet providers, hospitals and water suppliers. Even Beirut Airport is running on fumes at this stage.

The lack of foreign currency reserves to make payments for other essentials such as cooking gas, wheat for bread and all pharmaceutical products, have left the whole population struggling to get through the day.The current state of utter dysfunction is entirely man-made. Clientelist networks of political parties and influential families constitute the substrata on which the majority of the population relies for basic goods and services. Political inaction serves chiefly personal interests, as the longer the current political class remains in power, the longer they can influence the judicial system to ensure their impunity in the face of the ongoing Beirut Blast investigations, in which most of the cabinet is implicated across a wide political spectrum.

Lebanon’s ruling class has collapsed the country in a matter of months, tearing down what was, until recently, a darkly humorous, loud, outspoken and dynamic population that could at least rely on the state and private industry for basic necessities. Now, one year on, drinking water is rationed while pharmacy shelves are empty.

And, it can still get worse.