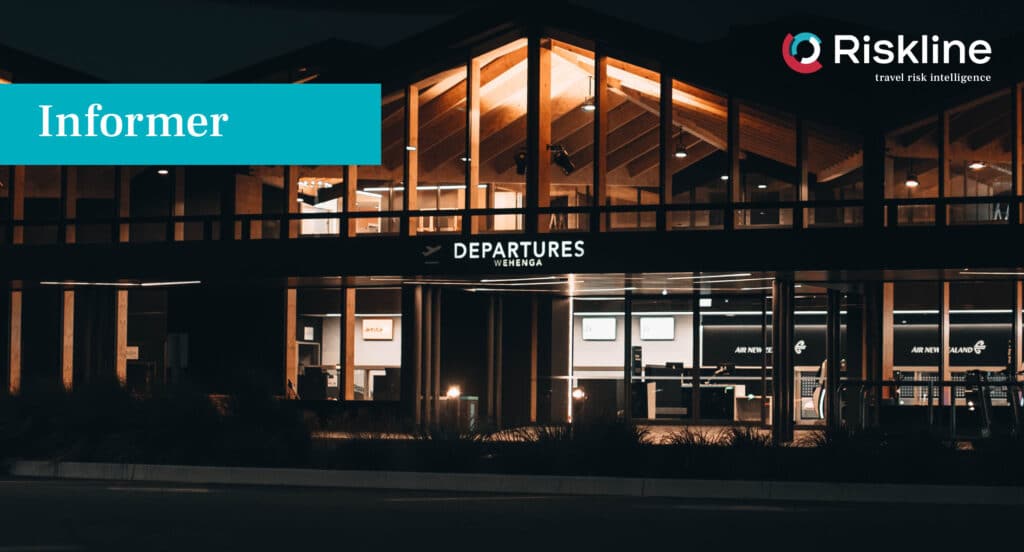 New Zealand officials delayed reopening their borders to Australian travellers by seven months partly due to the setting up of several internal mechanisms to safely receive travellers from low risk COVID-19 countries. Airport officials have to ensure that travellers on green zone flights (flights arriving from COVID-19 low-risk countries) are received, screened for signs of COVID-19 and processed in areas separate from those where travellers from other COVID-19 risk countries arrive. Any lapses in airport health screening or hygiene measures have the potential to trigger a community outbreak, as seen in Melbourne in mid-February 2021; Melbourne Airport’s Terminal 4 was a COVID-19 exposure site after an airport worker came in contact with infected returned travellers which triggered a brief closure of the airport, including flights from New Zealand.

People travelling between Australia and New Zealand will continue to face the risk of being stranded or subject to quarantine in the event of ad-hoc border closures. As per the new travel arrangement, any detection of an unknown source of community transmission in Australia which triggers a short-term lockdown in that area will result in an immediate suspension of flights between the affected parts of Australia and New Zealand for 72 hours; Australia has adopted similar measures during cases of community transmission in New Zealand. In the event of multiple COVID-19 cases of unknown origin in Australia which may trigger a long-term lockdown, there will be a prolonged suspension of flights between the affected areas of Australia and New Zealand. In cases of community transmission in either country, returning travellers will be subject to further testing and quarantine measures. To mitigate these risks, travellers can opt for tickets with flexibility to change travel dates. They should also purchase travel insurance and carry extra clothes and other items in case their stay gets prolonged by lockdown or quarantine measures.

Despite its various challenges, more travel bubbles like the one between Australia and New Zealand, are certain in the region as it is a relatively safe and viable option for travel between two or more countries which have largely contained COVID-19. The Cook Islands has a one-way travel agreement which allows its residents to enter New Zealand without quarantine restrictions, and Australia is looking to create a similar deal with the Cook Islands and other low risk COVID-19 countries like Palau, as is New Zealand. In addition, there are already talks between Australia and Singapore to establish a two-way travel bubble, possibly by July, which could include New Zealand as well, depending on the success of the Trans-Tasman bubble. The success of the travel bubble between Australia and New Zealand, which are among the largest countries in Oceania, will pave the way for reviving international travel in the region in the near-future.