May 2017 Round-up: important developments and what we’re tracking for next month. 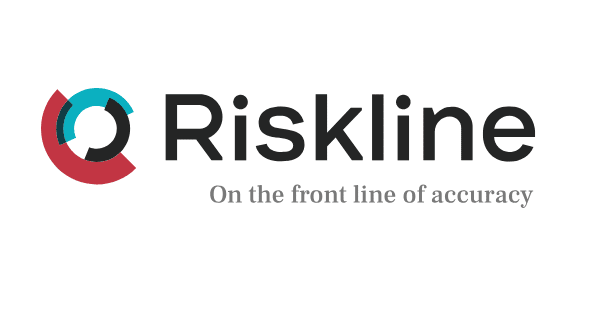 On 23 May, Islamic State-linked Maute militants seized control and blocked access to Marawi City in Lanao del Sur province, Mindanao region. As government forces were deployed to the city, heavy clashes continued for days leaving over 100 people dead and prompting thousands of resident to flee. The deployment of tanks, helicopter gunships and hundreds of military personnel resulted in the liberation of dozens of hostages held in buildings across the city, such as the Amai Pakpak Hospital and Dansalan College campus. Most notably, the attack prompted President Rodrigo Duterte to declare a two-month state of martial law across Mindanao within hours of the beginning of the attack.

Duterte’s imposition of military rule in the Muslim-majority island of Mindanao – home to 20 percent of the otherwise Catholic majority country’s total population – has been considered excessive by the opposition who fear that militant attacks could become an excuse to extend the measure nationwide, echoing the imposition of martial law under late dictator Ferdinand Marcos from 1972 to 1981. Duterte has given hints towards this end, although his irreverent tone makes his statements hard to interpret. As security operations are expected to intensify in Mindanao in the near- and medium-term, Duterte seems to lack an overall strategy to solve the problem of growing Islamic militancy, in stark contrast to the efforts of his predecessor Benigno Aquino, who signed an important peace agreement with the rebel Moro Islamic Liberation Front (MILF) in 2014.

On 18 May, the Supreme Court launched an investigation into allegations that President Michel Temer approved plans to bribe former Speaker of the House Eduardo Cunha, jailed for his part in the Petrobras corruption scandal, into silence. The findings sent protesters into the streets amid calls for Temer’s resignation, as fears mounted that the country may be headed for a second presidential impeachment in as many years. Temer’s unpopular government had already been on thin ice and paths for the president to leave office are now slowly closing. Temer continues to refuse to resign voluntarily, and his key ally Rodrigo Maia, current speaker of the house, is also expected to reject any petitions for impeachment. Meanwhile, the recently-launched Supreme Court investigation into his alleged obstruction to justice will likely take longer than the remainder of his presidential term.

The last remaining path to Temer’s removal will depend on the outcome of an ongoing electoral corruption investigation into his involvement in receiving illegal donations with his predecessor and former campaign partner Dilma Rousseff. The Superior Electoral Court will meet on 6 June to begin proceedings to determine whether the 2014 Rousseff-Temer election victory will be annulled for receiving illegal donations to fund their campaign.

On 22 May Salman Abedi – a 22-year-old British citizen of Libyan descent – detonated an improvised explosive device (IED) in the foyer of the Manchester Arena, killing at least 23 people and injuring 120 others. Following a series of arrests connected to the attack in South Manchester and in Libya, Greater Manchester Police were investigating the bombing as part of a wider terror network. In the wake of the deadly attack, Prime Minister Theresa May raised the country’s terror threat level to ‘critical’ – marking the third time the threat level was elevated to its highest rating since August 2006 – and deployed nearly 1,000 soldiers nationwide, with troops guarding high-profile buildings and events.

The significance of the attack is not only indicative of a rise in terrorism across Europe as battle-experienced and well-trained militants return home of conflict zones, but also of domestic politics following the country’s Brexit vote and the rise of far-right populism. The most deadly terrorist attack to rock the UK since the 2005 London bombings, the Manchester Arena bombing comes ahead of snap parliamentary elections slated for 8 June; the tragedy will undoubtedly leave its mark, and possibly play a part, on the outcome of the upcoming polls.

On 23 May, security forces launched a major security operation targeting a sit-in protest in the town of Diraz, located 12 kilometres (7.4 miles) west of Manama, in the wake of a court verdict giving prominent opposition leader Sheikh Isa Qassim a year-long suspended sentence. During the raid security forces used live ammunition against protesters, leaving at least five people killed and dozens injured, with 286 others arrested. While security forces have been quick to resort to violence against demonstrators in the past, the scale and pre-planned nature of this operation represents a marked escalation of government’s attempts to quash dissent and unrest.

Local sources speculated that the government was emboldened by a positive meeting with United States President Donald Trump in the days prior to the raid. Regardless, the operation indicates that security forces are likely to take further, aggressive action against protests in the country in the near- and medium-term.

Côte d’Ivoire witnessed two bouts of violent unrest in May. In the first, soldiers demanding payment of bonuses mutinied in Bouaké; similar uprisings over pay then erupted in several cities, including the capital Abidjan, where soldiers exchanged fire with gendarmerie on the streets of the central Plateau district, home to international businesses and organisations. The mutiny, which lasted a little over a week, ended after the government agreed to a one-time payment for the soldiers. Likely inspired by the soldiers’ financial windfall, former rebel fighters took to the streets of Abidjan and Bouaké a week later to demand money from the government for their previous demobilisation; clashes during this rebellion left several people dead.

These latest uprisings show the difficulty the government has in keeping security forces and rebels in line, but also the financial burdens it is willing to undertake to keep them content ahead of President Alassane Ouattara’s re-election bid in 2020. In light of the perceived financial benefit that mutinous soldiers and former rebels secured from the government to end these recent bouts of unrest, further uprisings seem likely.