Despite the recent ceasefire deal between Israel and Hamas, a more permanent solution to the Israeli-Palestinian conflict remains a pipe dream, with the cycle of violence likely to repeat. 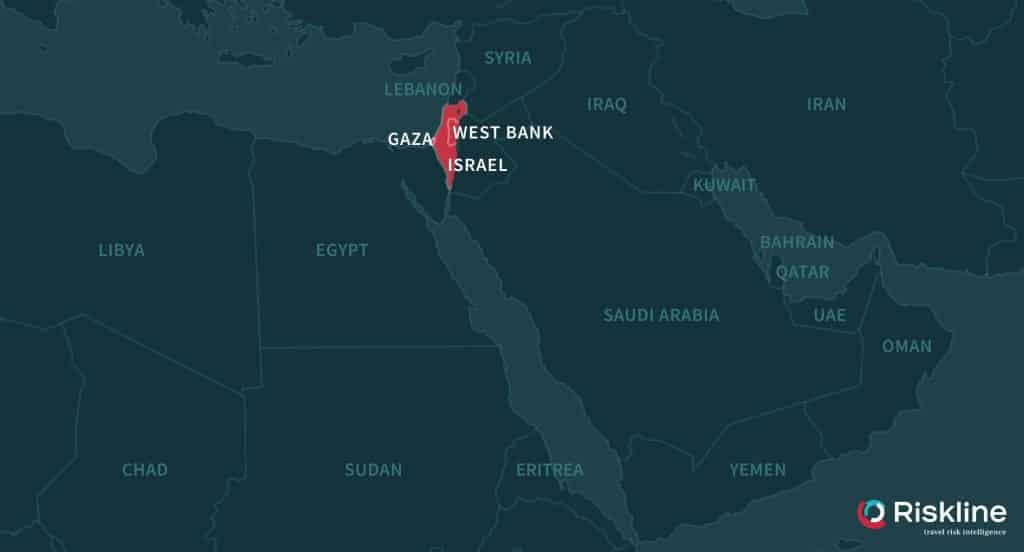 The conflict in Jerusalem will continue to percolate for the foreseeable future. Driven by clashes between security forces and Muslim worshippers on the Temple Mount, and compounded by the eviction of Palestinian families in Sheikh Jarrah neighbourhood, tensions have boiled over repeatedly in the past month. Too late did Israeli authorities move to calm the situation, and many Palestinians have no intention of backing down, expecting that after the initial shock, little will change and present trends will continue. Further confrontations may lead to the reversal of some Israeli policies, as has happened as recently as the 2017 Temple Mount crisis.

Hamas’s decision to fire long-range rockets at Jerusalem after delivering an ultimatum to the Israeli government to reverse its policies there took the government by surprise. The escalation was not anticipated, despite the clear warning from Hamas, which was seen as mere bluster. For Hamas, roiled by internal leadership disputes and seeking to capitalize on discontent fostered by the cancellation of national Palestinian elections by its rival, Fatah, the decision to intervene led to a bombardment unseen in its intensity since the 2014 war. It lost dozens of fighters and a significant portion of its arsenal and logistics network was destroyed, as the IDF focused on crippling Hamas rocket production.

Ultimately, the Gaza fighting was less significant than what happened inside Israel during the weeklong conflict. The civil unrest in Jerusalem spread outward and engulfed mixed Jewish-Palestinian communities, in scenes not seen since the Second Intifada (2000). The government, once again, was unprepared for what happened next. Security forces were absent as an initial explosion of violence saw businesses burned, residents flee for their lives and graves and houses of worship desecrated; at least five synagogues were set on fire in Lod while inter-communal clashes unfolded nightly outside the city’s central mosque. The initial rioting by Arab citizens in multiple cities on the night of 10 May produced armed counter-demonstrations by Jewish citizens on 11 May, a cycle that continued for a full week as road and rail lines were shut down across the country, not only because of rocket fire from Gaza, but because of bomb-tossing and stone-pelting crowds attacking public transport in mixed Jewish-Arab communities. Absurdly, but not unsurprisingly, both Jewish and Arab mobs repeatedly assaulted members of their own communities after mistaking them for “the Other.”

The imposition of a curfew in Lod, nighttime entry restrictions and the proposed use of administrative detention to hold rioters indefinitely illustrated the extent to which security solutions in the West Bank are increasingly seen as applicable within Israel itself, directly affecting Israeli citizens. The deployment of Border Police units from the West Bank to manage the riots was especially significant, the first time such an action was taken since the 1960s, when Palestinians in Israel still lived under direct military rule.

The unrest has exposed chronic problems facing Arab citizens in Israel, namely under-policing and gang violence, as well as legal codification of their second-class status in many areas. It has also exposed the existence of a hardcore of armed provocateurs, small in number but ready to wage street battles against the “Judaisation” of communities by “Garin HaTorani,” right-wing community activists associated with the West Bank settlement movement. On the other side, it is clear that an even larger bloc of agitators, from far-right political associations and ultra-Zionist football clubs to the “Garin HaTorani,” exists. These groups are freely organizing for violence against Arab citizens of Israel. These factions seek to incite anti-Palestinian riots in these communities, knowing that they have outspoken supporters in the political and religious establishment supportive of their efforts. Police officials are aware of this growing problem, explicitly calling out both Arab and Jewish rioters as “terrorists” during the riots, and working with Palestinian leaders in Israel to de-escalate tensions.

The latest round of fighting resulted in almost 250 deaths and left 74,000 people homeless in Gaza; water, fuel and electricity access was wrecked, amid an ongoing pandemic. Hamas did not win in any military sense, but it asserted its relevance once again as the self-proclaimed defender of Jerusalem, never mind its dictatorial misrule in Gaza, which at least looks less supine and impotent than Fatah, which played no real part at all in the events of the past month. The scenes of jubilation across Gaza, the West Bank and Israel that greeted news of the ceasefire shows that the matter of Jerusalem cuts across borderlines separating Palestinian communities from one another.