The Tigray War has further added to Ethiopia's internal conflicts, which demonstrate the limits of the federal government to manage increasingly fraught scrambles among different communities' for autonomy and scarce resources. 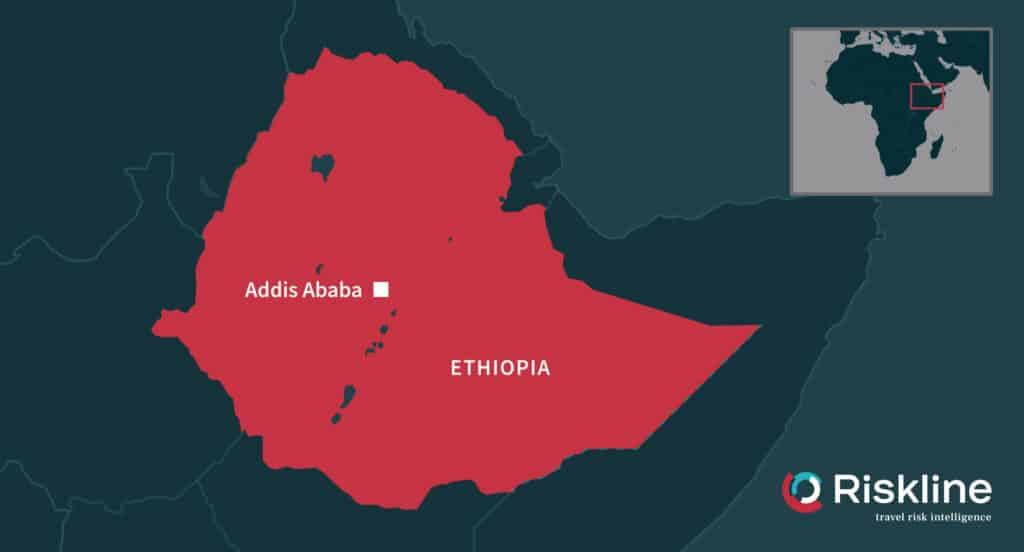 Over 2.2 million people were displaced in Ethiopia in 2020 due to natural disasters and internal conflict, the latest of which, the Tigray War, has killed between 10,000 and 50,000 people. Pressured by severe shortages of essential goods and growing inter-communal unrest, Ethiopia’s federal system of government is fraying at the seams.

Prime Minister Abiy Ahmed’s prosecution of the Tigray War has cemented his control of the federal government but also deepened internal divisions. Since his inauguration in 2018, simmering conflicts in and between other regions have repeatedly exploded into widespread violence. In 2018, the Ethiopian National Defense Force (ENDF) occupied and isolated Ethiopia’s Somali region from the rest of the country following weeks of clashes between rebelling Somali regional security forces and loyalist security forces from neighbouring Oromia region; further intercommunal clashes have continued ever since. A 2019 coup attempt, in Amhara region, was followed by widespread protests and clashes between Oromos and Amharas that underlined the factionalism splitting apart the ENDF.

Violent unrest, inter-communal violence and climate-driven internal migration have repeatedly roiled Oromia, Amhara, Afar, Gambella, Benishangul-Gumuz and Southern Nations, Nationalities, and Peoples’ (SNNPR) regions over the past decade as well. Many of these conflicts, while worsening under Abiy’s premiership, initially burst onto the scene under his predecessor, Prime Minister Hailemariam Desalegn (2012-2018). Abiy’s reforms, including the release of thousands of political prisoners and reconstitution of the multiethnic ruling coalition as the Prosperity Party, initially kindled hopes that further deterioration could be avoided.

This has not proven to be the case. Ethiopia’s federal system imposed in 1995 has cracked in the face of growing ethnic consciousness among different communities and a scramble for increasingly marginal resources and land access. Abiy has himself already been the target of at least one failed assassination attempt (2018) and at least one thwarted coup plot (2019), both driven by rogue elements of the security forces resisting greater federalisation.

The most destructive internal conflict in Ethiopia today is in the Tigray region. The initial stage of the fighting saw federal forces rapidly take over urban centres after Tigrayan rebels launched surprise attacks to wrest control of the region. But federal atrocities, such as the November 2020 Axum massacre, have since driven countless fence-sitters into the arms of the now-banned Tigray People’s Liberation Front (TPLF), whose cadres dominated the federal government until 2018.

The Tigray Defense Forces (TDF) have embarked on a guerilla war and escalated the conflict by firing ballistic missiles – captured, along with much other heavy equipment, from ill-prepared ENDF garrisons early in the fighting – at targets in the Eritrean capital of Asmara. By June 2021, overextended federal forces had to rapidly retreat in the face of a massive rebel offensive that saw thousands of prisoners taken and humiliatingly paraded through the streets of the Tigray regional capital, Mekelle. In response, federal forces have moved to block access points to Tigray region, limiting humanitarian aid, communications and trade.

With military aid from Eritrea and the United Arab Emirates (UAE), the ENDF has again begun to regain ground but the conflict will continue for the foreseeable future as separatist leaders, whose ranks are filled with large numbers of federal defectors, have vowed to fight on to obtain full independence. A lasting ceasefire is unlikely given the polarisation of these issues, exacerbated by decades of long-repressed tensions between Ethiopia’s many ethnic groups who now seek greater local autonomy.